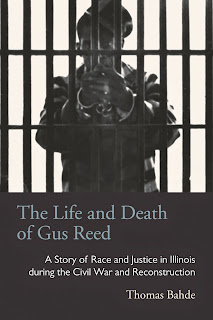 The Life & Death of Gus Reed: A Story of Race and Justice in Illinois During the Civil War and Reconstruction (Ohio University Press, 2014)

“A major new interpretation of emancipation and Reconstruction. Bahde weaves together the details of an emblematic life into larger social, political, and legal themes. The result is an ambitious and novel design for a book on this period of history.”


Daniel W. Hamilton, author of The Limits of Sovereignty: Property Confiscation in the Union and the Confederacy during the Civil War

“Historians of African Americans and of emancipation will welcome The Life and Death of Gus Reed… Bahde offers a more intimate portrait of the ways in which everyday individuals experienced the American Civil War. In this study, such individuals included free blacks and runaway slaves, antislavery whites, pro-slavery whites, and all manner of Midwesterners who found themselves at a crossroads. … Second, Bahde challenges our assumptions about the history of criminalization and incarceration of African Americans in an age when our society now has no choice but to face the ghosts and demons of our own brand of raced justice.”

Journal of the Civil War Era

“Much of Reed’s biography remains conjectural, but Bahde does an excellent job of constructing the series of contextual landscapes that support his conjectures. …The Life and Death of Gus Reed contributes to the vein of recent historical scholarship that widens the geographic compass of Reconstruction beyond the South and lengthens its chronological scope beyond 1877. In emphasizing the unsettled state of race relations in the North as well as the South during the Gilded Age and Progressive Era, this historiography performs a valuable service.”

"Bahde resurrects Reed to show how black people were criminalized after emancipation. Men like Reed, who resorted to crime to survive, fed racist stereotypes that cast black people as unfit for freedom, while police and prisons came to replace enslavement as a mode of social control at the same time as new reformatory sciences took hold."
Slavery & Abolition 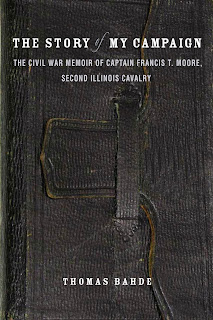 “[A]n interesting story superbly edited by a gifted historian, [it] represents an important stepping stone on the path to discerning what the American Civil War meant to those who fought in it.”


The Journal of Southern History

"Bahde has brought Francis Moore and his wartime experiences to life…. [H]ighly recommended for collections on the Civil War, irregular and guerrilla warfare, Western U.S. history and the South."


Military History of the West

"[W]hen Moore reached his seventies, he determined to put his history on paper for he knew not who. But thanks to Bahde and Northern Illinois University Press, a worthy audience may vicariously share Francis T. Moore's Civil War experiences."